As this week is National Stationery Week, the Southend Museums and Galleries team have searched through our collections to find an example of the power of handwritten letters. We found fascinating correspondence between two individuals dating back to 1942.

Robert Parker, an eleven year old boy from Southend-on-sea, wrote to ‘Mrs Winston Churchill’ enclosing funds he had raised for the ‘Aid to Russia’ fund. By the end of WW2, the fund, chaired by Lady Clementine Churchill, had raised nearly £8million for the Soviet Red Cross and had helped to pay for medical supplies, warm blankets and clothing. 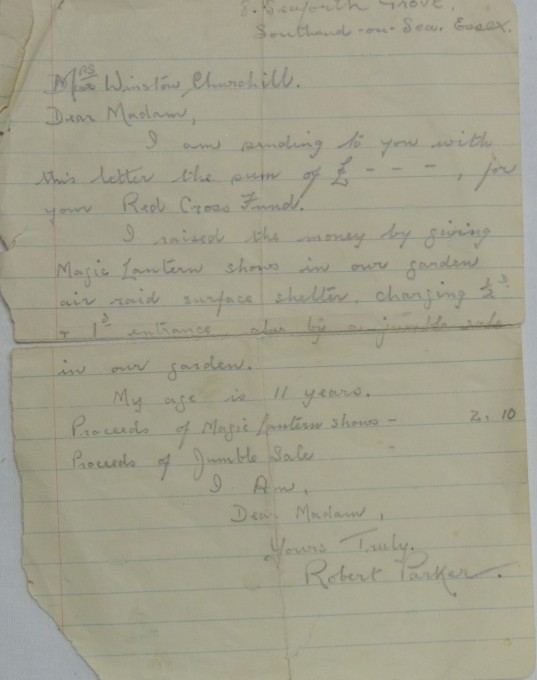 We have several drafts of the final letter that Robert Parker sent to Lady Churchill and we can see through his numerous edits and revisions, the time and attention to detail he put in to ensuring the letter was just right for his 10 Downing Street recipient.

The drafts reveal Robert made at least two donations to the fund with the help of his friend Leonard Saunders (both boys attended Southchurch National School). In total the boys raised £3 4s 6d by hosting ‘Magic Lantern shows’ and jumble sales from Robert’s garden air raid shelter.

We know that Lady Churchill made an effort to write back to all school children who raised money for her fund. In August 1942, as the Battle of Stalingrad was about to begin, Lady Churchill writing as, ‘your sincere friend’, responded to Robert to thank him for his efforts. We can only imagine the pride and excitement Robert Parker would have felt receiving a personal and handwritten reply from Mrs Churchill! It is doubtful that a typed letter in this context could have achieved the same level of sincerity and warmth. 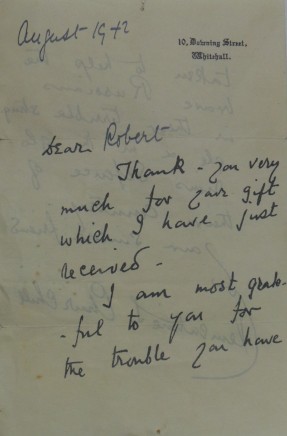 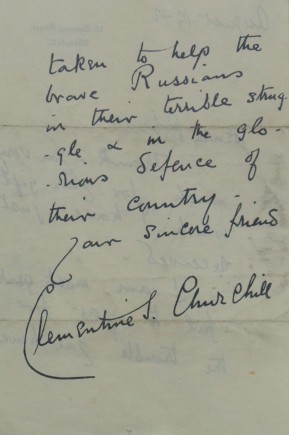 Does handwriting have a place in our digital age? For the sake of the environment it is important for us all to limit paper waste. However, the next time you go to send that whatsapp, text or e-mail to mark a special occasion, take a moment to consider if an electronic message will really do the job or might it be worth putting pen to paper instead?

< Previous Next >
+ Add your own event Eventbrite

Go for a snoop…